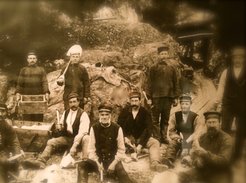 Ytterby lies on the eastern part of Resarö island, in the municipality of Vaxholm some 30km northeast of Stockholm (Sweden). The Ytterby mine was active from the 1600s to the 1930s. The rock worked here is an extensive dyke of granitic pegmatite, a rock type composed of very coarse-grained feldspars, quartz and mica. In the 1600s, the pegmatite was mined for quartz. The quartz was transported to the iron mills of northern Uppland and was used in iron production. In the 1700s, quartz was also used at Stockholm's glassworks. 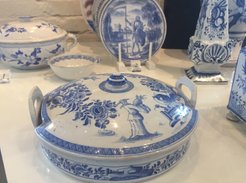 Around 1790, the feldspar  began to be used by porcelain factories for the production of English stoneware. The company Rörstrand acquired the Ytterby mine around the year 1790, which was then mined continuously up until its final closure in 1933. The reason was the deposit's difficult access, and the increasing cost of operations, due to the depth of the mine (some 170 meters).

Between 1953 and 1995, the mine was transformed and used as a fuel deposit by the Swedish military. 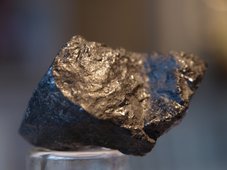 In 1787 the artillery officer and amateur mineralogist, Carl Axel Arrhenius, visited the Ytterby mine. He found a heavy black stone amongst all the white and light red ones. He sent parts of it to different scientists to find out what it was. The Finnish-Swedish chemist Johan Gadolin did a chemical analysis of the mineral. He concluded that up to 38% of the stone consisted of a previously unknown element. Further analyses were done and after a protracted history of discovery, eight previously unknown elements, mostly so-called rare earth elements (REE), were discovered in minerals from Ytterby. Four of them were named after the place of discovery, Ytterby: Yttrium, Terbium, Erbium and Ytterbium. The others after Stockholm (Holmium), Scandinavia (Scandium and Tulium) and the mineral Yttrotantalit (Tantal). The mineral that Arrhenius originally found was later given the name Gadolinite. It is slightly radioactive. Today, the Ytterby mine is a natural monument, which means you may not hammer or take rock samples from the mine or its dumps. 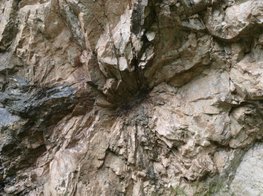 The Ytterby mine exploited a sizeable dyke of the coarse-grained, magmatic rock type pegmatite, or more specifically, granitic pegmatite. The latter name is because of the coarseness of the rock and the granitic composition of it, consisting of the major minerals quartz, feldspars, and micas (biotite and muscovite). Granitic pegmatites form from late, volatile-rich residual melts (magma) in the process of crystallization of a larger granite magma body (intrusion), at several kilometers depth. During intrusion and crystallization of the granite, fractures form in the surrounding host rocks, and the lighter pegmatite melts can “escape” in them. As rare and so-called incompatible elements are typically enriched in these late melts, the pegmatites become rich in such metals, forming special and rare minerals. This is the process responsible for the minerals in which Ytterby´s numerous new elements were described; gadolinite, an iron-beryllium-rare earth element silicate, source of the first-discovered rare earth elements (REE), and yttrotantalite, a rare earth element-tantalum oxide, in which tantalum was discovered.